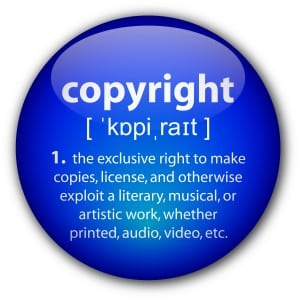 On July 12, 2012, the Supreme Court of Canada released their much anticipated “pentalogy” of decisions in five separate copyright cases.  The rulings largely concern the collection and payment of royalties in connection with the use and sale of music online (whether alone or as part of an another work, such as a video game), but also have important ramifications for Canadian copyright law in general.

In particular, the court has favoured the end user in fair dealing issues and limited the rights of copyright owners to receive additional performance royalties for “communication to the public” of their works over the internet.

No Royalties for Streaming of Music Previews

In Society of Composers, Authors and Music Publishers of Canada v. Bell Canada, the court considered whether the “preview” of songs over the internet constitutes “fair dealing” under s. 29 of the Copyright Act.  The court held that the 30-90 second song previews were being provided in order to facilitate the research purposes of the consumers and, as such, are “fair dealing” with no royalties payable to the artists.

Fair Dealing in the Classroom – Photocopying Excerpts of Textbooks

In Alberta (Education) v. Canadian Copyright Licensing Agency, the issue being addressed by the court was similar to that of the Bell case.  The Supreme Court addressed whether photocopying excerpts from school textbooks and distributing the photocopies to students in class is “fair dealing”.  The court affirmed its ruling in the Bell case and described the two-step test for “fair dealing”:

The court held, as a departure from the traditional judicial interpretation of “fair dealing”, that the purpose of the ultimate user, and not just the copier, is a factor to determine fairness.  As the teachers were not seeking any commercial gain and merely aiding the students in their private research for the purpose of studying, the copying in question was held to be fair.  The court also noted that no correlation could be established between such copying and declining textbook sales.

Downloads are not “Communication to the Public”

The Supreme Court, in Entertainment Software Association v. Society of Composers, Authors and Music Publishers of Canada, has held that the delivery of a permanent copy of a video game containing a musical work is not a “communication” under s. 3(1)(f) of the Copyright Act.  In other words, no performance royalties are payable to the music creators.

The court considered whether a music creator should receive additional royalties when their work is sold, in this case as part of a video game, over the internet (as opposed to in a store). The court held that the internet is a “technological taxi” that delivers a copy of a work, much like a physical sale of a work in a store and that, as such, the music creator is not entitled to any additional royalties for the delivery of the overall work.

In Rogers Communications Inc. v. Society of Composers, Authors and Music Publishers of Canada, the Supreme Court re-affirmed its position in Entertainment Software Association that “musical works are not ‘communicated’ by telecommunication when they are downloaded.”  However, the court also considered the more interesting question of whether or not “streaming” of songs (in this case, on an “on-demand” basis) over the internet may be interpreted as communications to the public.  The court held that, unlike downloading, streaming of a song is not a “private transaction” and constitutes public communication.  The result is that Rogers, and other providers of similar on-demand services, will continue to be responsible to pay royalties for on-demand streaming of works.